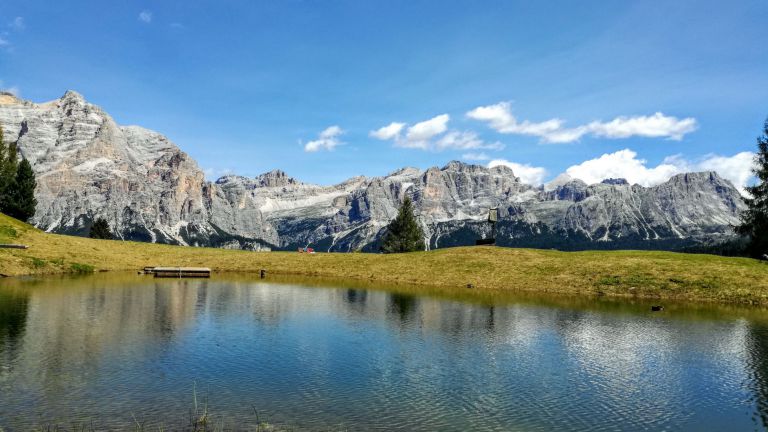 “The Dolomites… Are they made of stone or of clouds? Are they real or is this a dream?” Dino Buzzati

The Dolomites are called the "pale mountains" in the centuries-old local legends of the Ladin people. They are often referred to as the most beautiful mountains in the world.
Cathedrals made of stone jutting out from gentle green meadows, surrounded by fragrant woods and tranquil mountain creeks. At evening these pale castles turn into bright red, pink and orange coloured works of art, a natural phenomenon called enrosadira.

The Dolomites owe their name to the French mineralogist Déodat de Dolomieu, who performed the first research on this particular rock, called dolomite. The unusual colours and formations stem from the particular geological history of the region. 250 millions of years ago the Dolomites were giant underwater coral reefs. Millions of years of marine sediments piling up eventually transformed into this particular kind of rock. Finally, tectonic activity pushed them 3.000 m above sea level.

In 2009, the Dolomites were declared a UNESCO World Heritage Site.
Back UNESCO Dolomites